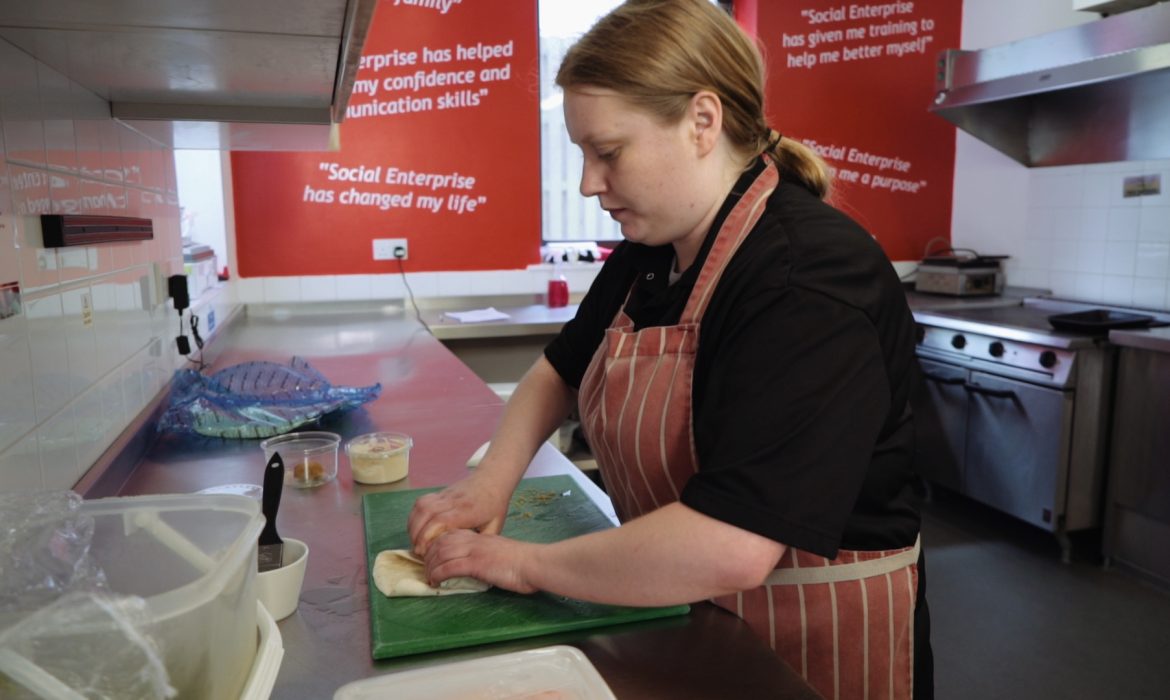 In July 2018 Nationwide Building Society launched its yearly social investment project. Employees on various graduate schemes across the business were put into teams and provided with a charity and brief. Over the course of thirteen weeks each team had to address their brief and present back to the charity organisation and Nationwide with their findings. In addition, each team was asked to produce a detailed report outlining recommendations to enable the charities to implement recommendations after the project had closed.

One of the challenges was to work with “The Sandwich People”, a Salvation Army social enterprise to create a sustainable business plan for them.

Alice Bennett from Nationwide commented “When our team were partnered with Booth House we had little knowledge of the centre beyond its location in the town centre. And when we thought of the Salvation Army the initial images that sprung to mind were those of brass bands and Christmas donation adverts. Given none of us had more than a Grade One on the trombone and busy day jobs to juggle alongside, we were a little anxious what the charity would expect from us when the project launched in July”.

The objective was to increase the social enterprise’s customer base to optimum operational levels without compromising the social objectives of the business. Alice said “While money was a factor, it was the people behind the sandwiches that were key to the success of the business and something that hadn’t been explored heavily. Our team worked closely with the staff, volunteers and residents at Booth House to ensure that throughout the process our key stakeholders were kept informed and able to voice their opinions”.

The work included meeting the team and the customers, analysing financial data, production methods, communications and marketing. Recommendations were then presented to the team via a detailed final report.

Leon Foster, Catering Supervisor, commented “Working with the Nationwide team was a collaborative venture. They listened, made suggestions and then went away to do the research and analysis that we didn’t have the time to do. The recommendations then tied in with our aims moving us in the direction we wanted.”

The top recommendations were:

As a result the Sandwich People have initiated an Instagram presence, increased their Facebook posts, refined their menu just before Christmas and plan to introduce a card machine making contactless payments possible on their delivery rounds.

The search for alternative packaging which can withstand transport in a cool box between kitchen and businesses goes on. The enterprise is also looking to include more information about why they do what they do on their labelling and literature.

Although it’s still “early days” increase in social media coverage has already resulted in some additional buffets. The card machine is due to go out on delivery rounds shortly.

The Sandwich People’s end of financial year is at the end of March by which time it is hoped that the impact of the changes will be clearly visible as increased demand.